While voting in the November 2022 General Election, Arroyo Grande residents will be able to vote on Measure D-22, a proposed 1.0% local transactions and use tax ("sales tax"). The 1.0% sales tax applies only to goods and services sold within Arroyo Grande, such as bars, restaurants, and retail stores like clothing and appliance stores. The Arroyo Grande City Council voted unanimously to place the Measure on the ballot.

Residents have previously approved an increase in the sales tax. In 2006, a majority of voters supported Measure O-06, a .5% sales tax increase that currently generates $2.5 million a year which has helped Arroyo Grande provide services, staff the police department, and dramatically reduce liabilities.

To provide funding for general governmental use in Arroyo Grande, including maintenance and repair of streets, sidewalks, stormwater and drainage facilities, and for other City programs and facilities, shall an ordinance establishing a one percent sales tax be adopted, providing approximately $5,600,000 annually until ended by the City Council and requiring annual reports on revenues and expenditures, and review and public hearing by the City Council every five years on its necessity? 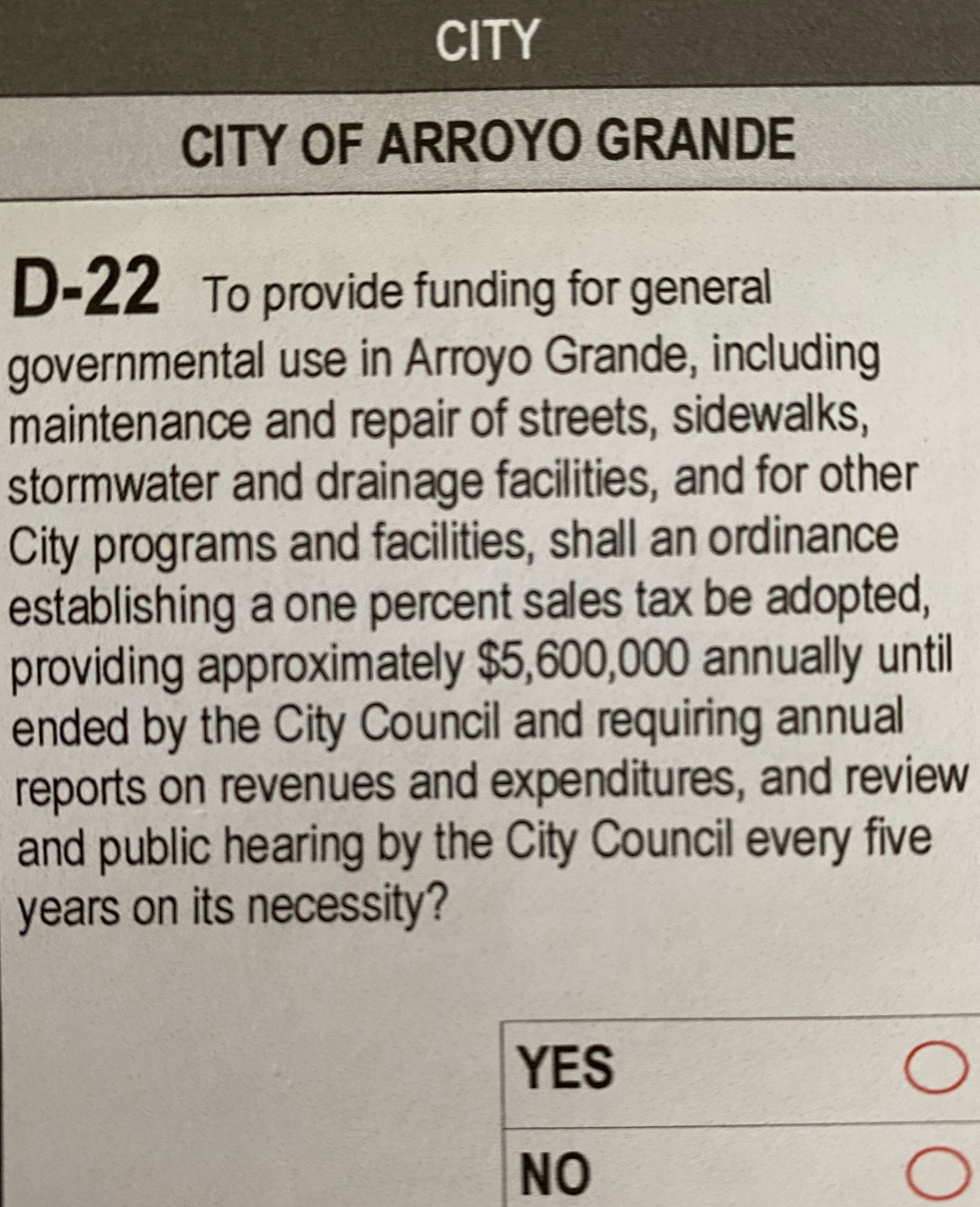 City-Specific Voting is on page 2 (the backside) of your ballot.

Information regarding the Measure can be found in the Voter Information Guide beginning on page 24.

View information on where to vote

MEASURE D-22 AT A GLANCE 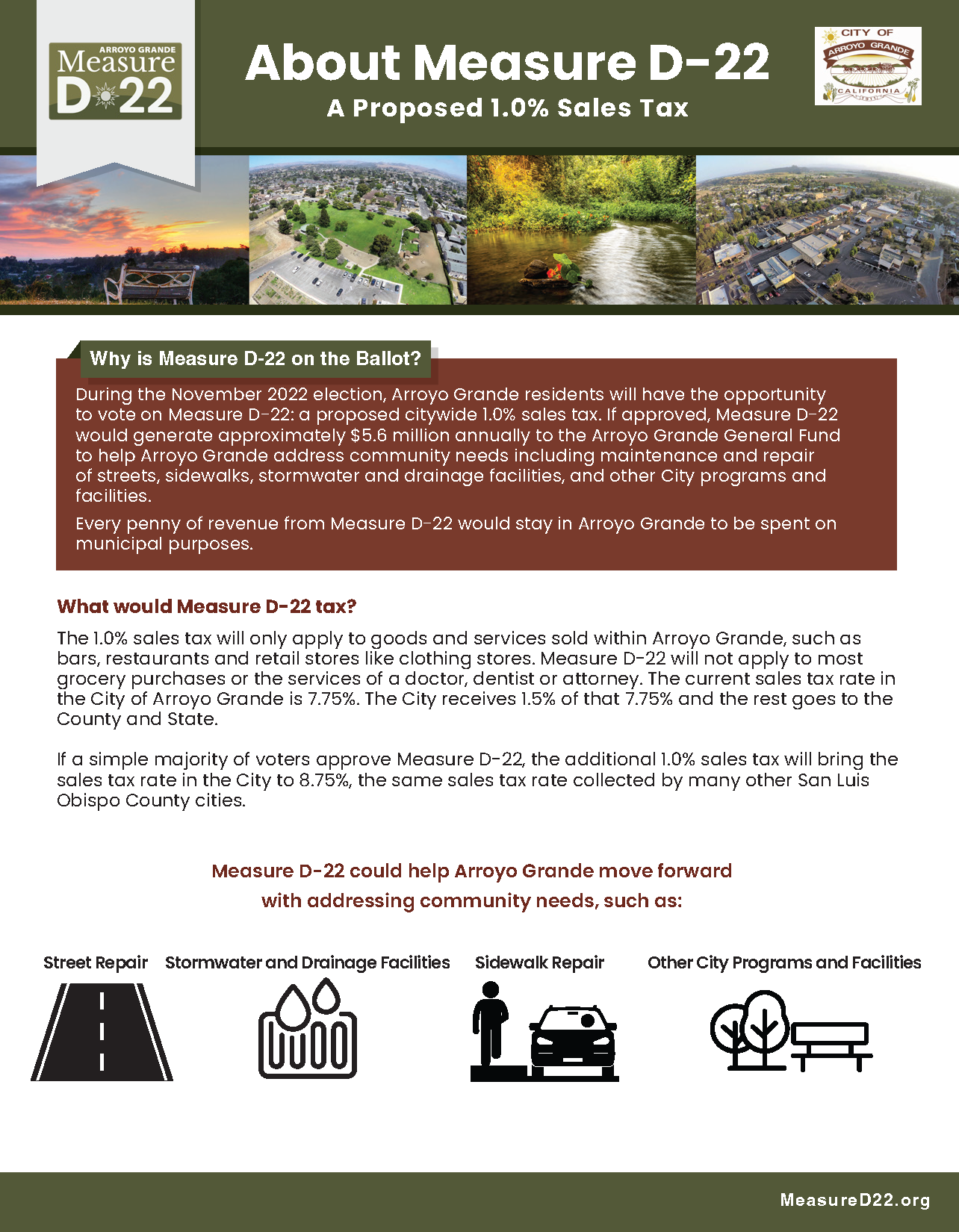 Before voting, learn more about Measure D-22 by checking out the FAQs below:

If you have additional comments or questions regarding Measure D-22, please email agcity@arroyogrande.org or call (805) 473-5414.

For more information about the City Council election please visit https://www.arroyogrande.org/157/Elections or contact the City Clerk’s office at (805) 473-5418.

Argument in Favor of Measure D-22: Official statement from the proponents of Measure D-22, as it will appear in the Sample Ballot/Voter Information Guide (No argument against the measure was received by the filing deadline).

Proposed Transaction and Use Tax Ordinance